OWNER OF THE LANGUAGE HOUSE

Garry Littman is the owner and director of The Language House in Geneva which organises English language training for professional people, companies and students. He was a radio and newspaper journalist in his native Australia and ran a restaurant in Kathmandu in his younger days. He is an English language trainer and an aficionado of pétanque.

The New Normal is here. Keep Calm and Carry On.

We live in a time of Great Acceleration. Change is the constant. Every day, it seems the ‘old normal’ is overtaken by ‘the new normal’.

Unfortunately, the new normal is often a pale or chaotic version of the old normal; a euphemism for things that have become a substantially shittier version of their former selves.

The new normal is a much-loved media cliché which warns us to accept, adapt and get used to more unpleasant aspects of early 21st century life, such as terrorism, global warming, recession, failed states, religious fanaticism, debt, austerity and massive refugee movements.

A Google search of the new normal comes up with this reassuring list of articles:

Terror threats will be the new normal for Europe, experts say…

Right-wing populism is the new normal

Not married, no kids, is the new normal

Crisis is the new normal for weary Greeks

Fat is the new normal in America

Environment of hate: The new normal for Muslims in the UK

Raging dysfunction is the new normal in Washington

Is cyber-terrorism the new normal?

For Republicans, bigotry is the new norm

Exponential change is the new normal

Mass migration is no 'crisis': it's the new normal

Is violence the new normal?

For young women, sexual violence is the new normal

Disruption is the new normal…

Why weird is the new normal

Indeed, it is weird, how breathtakingly fast things morph from ‘crisis’ or ‘weird’ to new normal. Abnormal is increasingly normal.

The term was popularised in the US, firstly to describe the world post-9/11 and then to describe the economic landscape after the financial crisis of 2007-2008. The new normal is also a time of opportunity, as one feverishly optimistic US commentator, suffering from advanced clichéitis noted: The New Normal is The Next Big Thing.

The British have a more fatalist and world-weary version of the new normal. ‘Keep Calm and Carry On’ was one of three posters designed by the Ministry of Information in 1939 to rally citizens during World War II.

The first two posters read ‘Your Courage, Your Cheerfulness, Your Resolution, will Bring Us Victory’ and ‘Freedom is in Peril. Defend it with all your Might’. The third, Keep Calm and Carry On was held in reserve, only to be issued if the Nazis invaded Britain. It didn’t happen and the posters didn’t see the light of day until a copy was rediscovered in a bookshop in 2000. Today, the poster and its many parodies (see below) are everywhere; on tea towels, mugs, knickers and t-shirts.  It has become the nation’s favourite meme in this constant barrage of ‘new normals’. It’s a war of sorts that requires one to keep calm, keep a stiff upper lip and a sly smile at the ready. 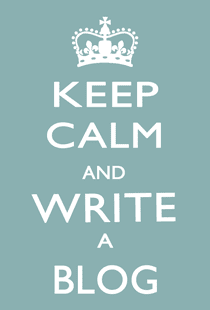 A monster from the deep

Scientists confirm Federer is not human

Meet Rose. Is it/she the future of banking?